R-32 refrigerant is a relatively new refrigerant in air conditioning units and an efficient replacement for R410A. Though not a retrofit for R410a and only for use within systems specific to R32. R32 is a lower flammability (and low toxicity) refrigerant, R410A is widely used in air conditioning and cellar cooling systems and first introduced in 1996. The phase out of R410a now gathering momentum since early 2019. The benefits of R32 include a low GWP  (Global Warming Potential) of only 675. Compare this to R410A (2,090) though while both refrigerants have an ODP of Zero. 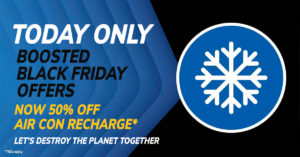 Air conditioning systems using R32 have a much lower carbon footprint as any system uses around 20% less refrigerant than R410A. It is 32% of the GWP of R410A and interestingly it is a 50% constituent of R410A. Furthermore R32 offers the installer longer pipe runs and greater efficiency.

Refrigerant manufacturer Koura has produced a new refrigerant designated as R473A and to be branded as Klea 473A. Designed for ultra low temperatures and high performance, proposed as A1 ASHRAE classification. The new refrigerant being effective down to at least -75c. Applications will include medical, climate test chambers and vaccine storage. While the new gas still has a relatively high GWP (1830) it is substantially lower than R23 (14,800) and R508 (13,396). However R23 remains a 10% constituent of R473A and has therefore not seen complete phase out. The majority constituent being CO2 which makes up 60% of this new refrigerant. The manufacturers are also evaluating retrofit solutions for R23. These refrigerants have evolved as a result of robust technology coupled with the demands for a greener solution.

There have been some questions as to priority of R32 over R410A in light of it being a 50% constituent. However not forgetting that R410A is now 25 years old and development has seen huge strides in that time. Moreover R32 refrigerant was an extremely difficult and volatile refrigerant in respect of handling. The first company to succeed in applying R32 within air conditioning was Daikin. Daikin remains the only manufacturer of both refrigerants and air conditioning systems. While we can not wind the clock back in respect of development the statistics in respect of R410A are unpalatable. That being if R32 were to replace all R410A HFC global warming would reduce by around 800 million tons (CO2 equivalent) by 2030.

While we witness the advances in refrigerant development the auto industry appears to have slipped below the radar. Many years ago in car air conditioning was the preserve of the luxury car market. Since January 2001 it became illegal to use R12 and production came to a halt in 1993. The replacement for R12 not only in vehicles but a considerable amount of commercial refrigeration was R134a. This refrigerant (134a) while having an ODP of 0 did have a GWP of 1430. In comparison R12 being a CFC had an ODP .82 and a GWP of 10,900 which in itself is an alarming statistic. However the reference to ‘below the radar’ would suggest a massive own goal by the Environment Agency. Multi national ‘exhaust centres’ and independents have invited the UK public to drop in for a ‘Top Up’.

This has gone on for far too long unabated and with no legislation to curtail this practice. How many millions of vehicles operate without an hermetically sealed air conditioning unit? Why have successive governments failed to stamp out the ‘drop in for a top up’ culture. No householder or consumer calls someone out to top up their fridge freezer. Therefore why is it common practice and acceptable to top up a car’s air conditioning without rectifying the leak. Legislation should be brought in banning the practice of topping up in car air conditioning. Alternatively if the system has lost gas the business should carry out a vacuum test. If the vacuum fails to hold the cost for remedial works should then be quoted. If the consumer/owner refuses the cost to make good the integrity of the system the vehicle should be placed on a national database.

The long term replacement for R134a is HFO-1234yf  (Hydrofluoroolefin)-1234yf intended for in car air conditioning with a GWP of 4 and an ODP of 0.